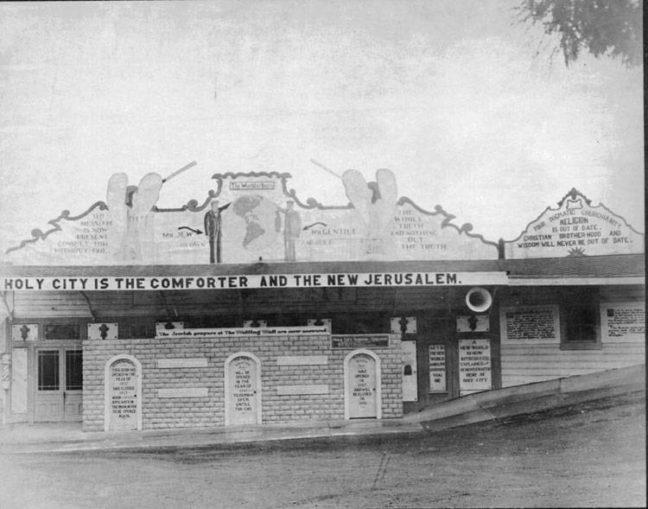 The degree I'm working toward is a PhD in Creative Writing. But what is my dissertation about?

This two-part thesis begins with an 80,000-word novel entitled The Comforter – one of the names of the Holy Spirit in the Christian tradition, and one of the names appropriated by William E. Riker, the leader of a small utopian group called the Pacific Christian Divine Way based in the town of Holy City, California. In 1919, Riker brought Lucille—his third and last wife—there, where she spent her entire married life.

Set in 1927, the novel features two female points of view – one a fictional Eurasian divorcée named Clara Cercatore (the first name meaning “light” and the second “seeker”), and the other Lucille Riker (whose first name also means “light”). One woman is seeking a place to belong, the other has found her place—or perhaps created it out of what her husband founded. One woman keeps quiet to hide who she is, because Riker’s racist doctrines would have demanded that she go. The other is free to speak—in letters, in poetry, in essays that seem to uphold her husband’s religious theories but offer glimpses into what she might really have been thinking.

The Comforter tells what did happen and what might have happened in late 1927 and early 1928, when William Riker was sued for half a million dollars for breach of promise by Evelyn Rosencrantz, an aviatrix with whom he was having an affair. So in a way, the novel is really about three women—two present and one absent, and the effects they had upon each other’s lives.

Hundreds of newspaper articles report on Riker’s car accidents, court cases, and grandstanding, but in his shadow is Lucille, who held Holy City together behind the scenes for thirty years. Lucille’s writing – reams of poetry and essays – was published by the Holy City Press. But she also tried unsuccessfully to be published in a larger arena, sending hymns and popular song lyrics to music companies – even collaborating on a film script. Everyone in the area may have heard of Father Riker, but now, 70 years after her death, hardly anyone remembers Lucille. Part of the purpose of the novel and reflective thesis is to explore her character through the writing she left behind.

Nearly all the characters who populate the novel were real people, whom I seek to bring to life through extensive use of documentary evidence – to be precise, interviews, newspaper accounts, and primary sources such as letters, bills, broadsheets, religious tracts, radio transcripts, and sermons.

The novel is accompanied by a 20,000-word reflective thesis structured as a literal walk through the ruins of Holy City today. All that remains are the foundations of the observatory, the zoo, and the fountain of holy water. The Riker home, perched on its knoll, is still a private residence. But the restaurant, bottling works, dance hall, dormitories, bar, print shop, market, shoe repair, and finally the seat of The World’s Perfect Government exist now only in black and white photographs. My reflective text works via these foundations and photographs to explore some of the ways in which my novel draws upon the once very real world that was Holy City.