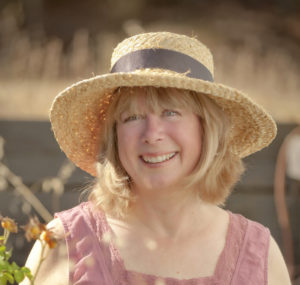 Shelley Adina Bates holds an MFA in Writing Popular Fiction from Seton Hill University, where she was adjunct faculty for 19 years, and is in her third year of work on a PhD in Creative Writing at Lancaster University in the UK. She is supervised by Professor John Schad of the English & Creative Writing Department. Her PhD dissertation is a novel entitled The Comforter, about the events in Holy City, California, during 1927–1928. The accompanying exegisis, A Walk Through Holy City, is a nonfiction piece tying the landscape to the novel text.

Shelley is the author of 24 genre fiction novels published by Harlequin, Warner, and Hachette, and more than two dozen more published by Moonshell Books, Inc., her own independent press. She writes steampunk and contemporary romance as Shelley Adina; as Charlotte Henry, writes classic Regency romance; and as Adina Senft, writes Amish women’s fiction.

Shelley won the Romance Writers of America RITA Award® in 2005, and was a finalist in 2006. She appeared in the 2016 documentary film Love Between the Covers, is a popular speaker and convention panelist, and has been a guest on many podcasts, including The Worldshapers and Realm of Books.

When she’s not writing, Shelley is usually quilting, sewing historical costumes, or enjoying the garden with her flock of rescued chickens.